This was a fun assignment! Though I might argue that fat cats make EVERYTHING better.

I went back to the Flickr creative commons (we are becoming fast friends) to find a famous painting. I found this one of actress Sarah Bernhardt from the late 1800s by French realist painter Jules Bastien-Lepage. 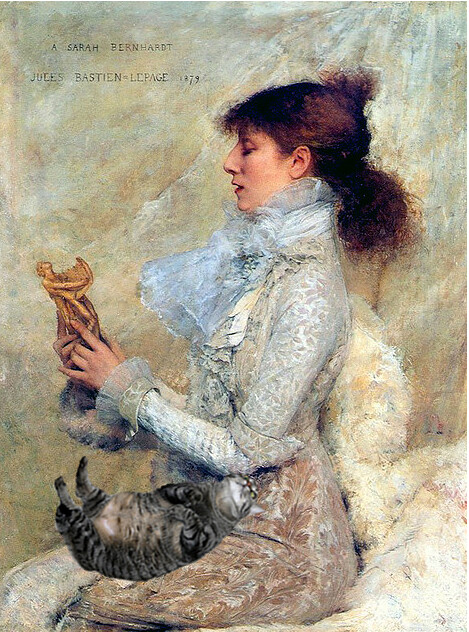 I really wanted to put the cat into her hands in the place of that gold thing she’s holding, but alas my photo editing skills are not there yet. I tried for a solid hour to manipulate it but the program eventually defeated me…I’m going to have to look up some tutorials on how to better do that. I still think she looks rather silly posing like that with a cat lolling about in her lap.

I used GIMP to cut out the picture of the cat:

And put it onto the painting: