Posted on February 7, 2012 by cmckitrick

I am so excited to get started on these assignments! I started looking through a few and just could hardly wait to start. Unfortunately I have a big paper due on Thursday, so the fun ones will have to wait until this weekend. For now, I kicked off the assignment by choosing the Album Cover project.

I liked this project because of all the randomness involved; it guarantees you’ll find something interesting!

My band name is Tildenia, which according to Wikipedia is a genus of moth in the family Gelechiidae. Intriguing. Because my band’s namesake is a moth, I had to have one in there somewhere! Although the moth I have in there is not scientifically accurate; all of the Gelechiidae moths are really gross looking and are usually an agricultural pest. Not exactly what I wanted on my album cover. If you’re REALLY that curious, here’s a Wikipedia article. At any rate, I found the moth photo I used on the Flickr creative commons.

The album title, “Bend or Break Them,” came from a random quote; the full quote was by Robert Graves: “Every English poet should master the rules of grammar before he attempts to bend or break them.” Cool quote, by the way.

Then had to pick a picture at random, this was a little harder because I had to make sure that I had a photo that was under creative commons.

I feel like I really lucked out, I got some really cool pieces to put together into an album cover! So here it is – 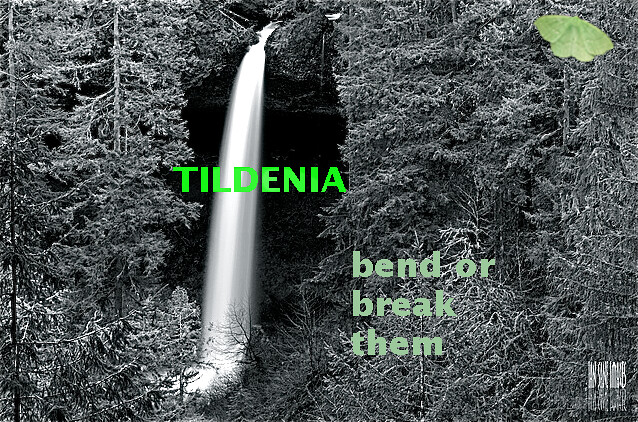 I simply put the original photo into black and white. I really struggled with the text because I couldn’t do black or white because of the background; I had to choose colors that weren’t blinding to the eyes but still stood out on the busy background. I did all of this (except the conversion to B&W, that I did in iPhoto) using GIMP for the first time. I was more than a little frustrated with the application, it took me a lot longer to figure it out than I expected. However, it did allow me to cut out that little moth and stick it into the top right corner of the album cover, so I enjoyed that!